Cofete beach is located on the southwest of the island of Fuerteventura and belongs to the municipality of Pajara. Access to this area of the coast is difficult since you must travel many kilometers on dirt roads. (Check out the video on the bottom of this page to see the roads.) The journey to get there begins in the tourist village of Morro Jable, where you have to pass its marina in the direction of the Jandia lighthouse. This is the southernmost tip of the island. About halfway on the road towards Jandia, you will find an intersection. You have to turn west and drive around the Agua Oveja canyon. After driving for a little while you will reach a viewpoint from which you can see how big the whole coast of Cofete is. Its beach is right at the bottom of the mountain range. It is over 13 kilometers long and ends at the Natural Reserve of Jandia park in the north. 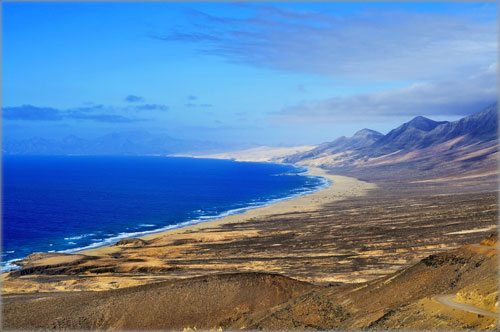 Cofete is a beach that is far from normal in the island of Fuerteventura. It is open to the ocean currents and the wind from the north and it is therefore one of the wildest and dangerous. This is one of the reasons why the big hotel chains have not built nearby. The sand is a mixture of a yellow and white color and has no pollution. It is very clean and  suitable for all sports near the shore, such as tennis with wooden rackets, beach soccer, or flying kites. Although the sea can be dangerous, you can spend a great beach day on the sand. Many local families from Fuerteventura enjoy coming to this beach on their days off. 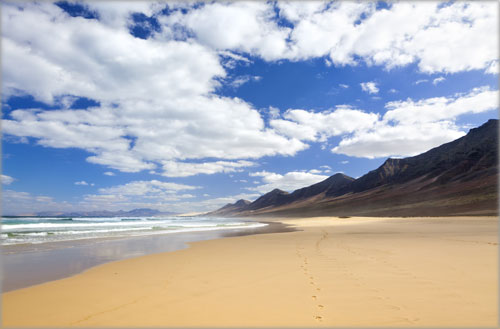 The Mysterious Fortress in Cofete beach

The remoteness and difficult access to this area, have created a few interesting stories about the people who lived there. Such is the case of the legend of the Villa Winter. Local residents say that in times of World War II it housed a secret Nazi submarine transit base for the the north and south Atlantic military operations. While it is true that the southern part of the island, including the mansion, were owned by the Winter family, many studies by historians deny this possibility. The legends give it an aura of mystery which is really a mixture of half  imagination and half reality. 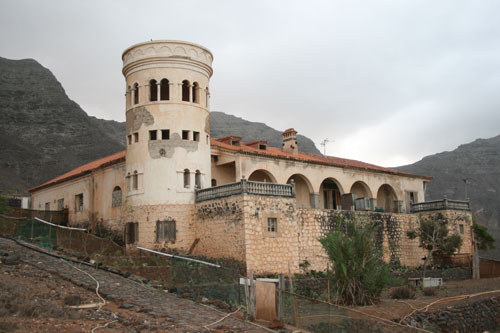 Villa Winter, a Nazi base after World War II: truth or fantasy ?

Cofete Beach is a haven of unspoiled nature with a small resident population. Locals living there make a living by fishing and farming. In the farms, there are plenty of goats. From their milk, cheese is made. This cheese keeps winning awards in worldwide  competitions. You must try it when you visit Fuerteventura. 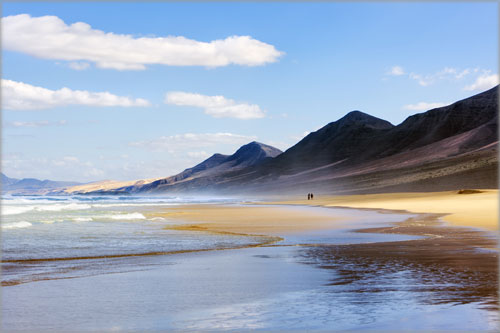 The authorities are trying to protect nature, by helping to populate certain animal species, such as the loggerhead sea turtle (or “Caretta caretta”, its scientific name). This is done by enabling the turtles to reproduce in farms and then setting them free in the ocean various times a year, in order to prevent them from becoming extinct. These turtles are very useful for tourism, because they feed on jellyfish. 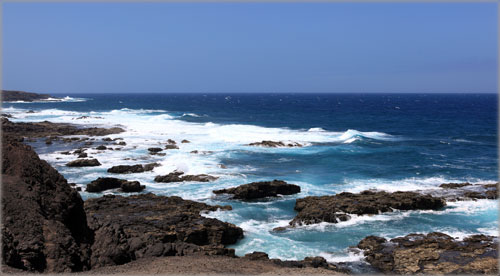 In the video below you can see the dirt road, and what you may find on the way. Enjoy !