Las Playitas in Fuerteventura is a small village and holiday resort on the east coast, in the Municipality of Tuineje, which is very unique because there is a traditional, picturesque Canarian coastal village linked with two modern hotel complexes, with an exceptional range of sporting facilities. It only has about 700 inhabitants, living in two distinct areas.Overlooking the north part of the beach and the small fishing harbour is the traditional village which is built on the hillside, and features many white, old buildings.  To the south there are the new hotels and a range of sports facilities. 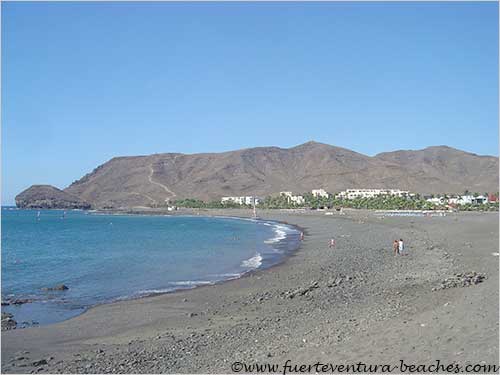 The old village is built on the steep hillside and has narrow, winding streets.  At the sea level there is a small fishing harbour and a two restaurants which front on to the promenade. 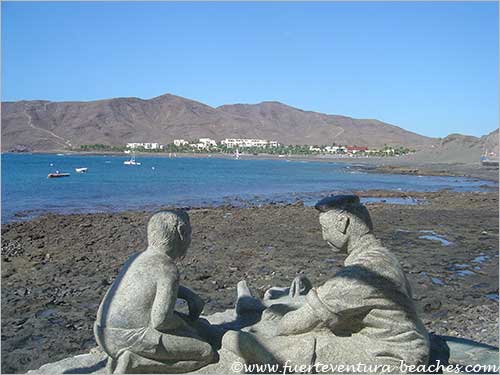 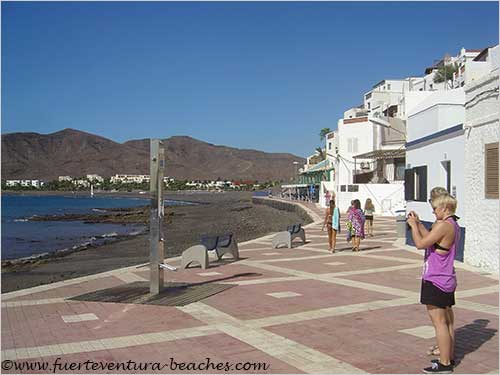 South of the village, of Las Playitas in Fuerteventura, are the relatively new, 4 and 5 star hotels and villas which are popular with sports people and those looking for a active holiday, as there are a range of sporting facilities.  It is becoming more popular each year as the owners are aiming to make it one of the biggest sports and training centres in Europe.  The facilities include an outdoor, Olympic size swimming pool; an 18 hole golf course and driving range with a PGA academy, and a 21 km running route.  Triathletes are attracted to the resort as it offers the pool, excellent road conditions for cycling and very good running routes.

The hotels offer a wide range of sports programmes in the Cycling Centre (which has road bikes, mountain bikes, and fitness bikes) and in the gyms where there is aerobics, spinning, aqua gym, body toning, etc. There is a Spa and a very large sports hall. There are also tennis and volleyball courts, and a full range of water sports including windsurfing, sailing and diving.

The beach is of black sand and is backed by a promenade, and the sea offers good conditions for catamaran sailing and scuba diving.  Sunbeds and parasols are available for hire on the beach.

To the south is Gran Tarajal, which is the nearest big town, and is 5km away.  It’s a traditional town, and not a tourist centre, with a range of shops and a large seafront promenade with many restaurants and bars.

To the north of Las Playitas in Fuerteventura is the Entallada lighthouse, which stands on the top of a 200 meter high cliff, and is the closest point of the Canary Islands to the African coast – about 100 kilometers. The road to the lighthouse starts at the back of the village, and is 6 km long. The last part of the road is quite narrow and steep as it goes up to the cliff top.  The lighthouse is a large building that was completed in 1953, and is a large, striking building with its distinct style and architecture. In front of the building is a large car park and viewing area at the top of the cliff.  Here there are wonderful views of the sea, coastline and inland mountains. 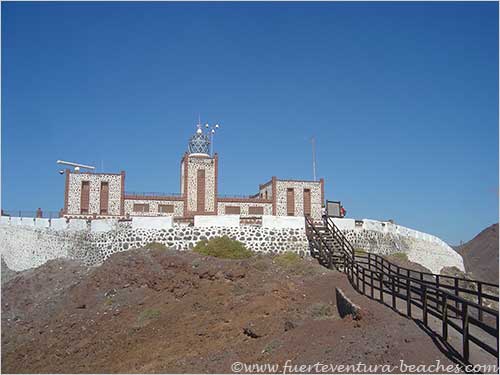 How to Get to Las Playitas in Fuerteventura

Las Playitas in Fuerteventura is a unique village and facility on the island, as it a merger of an old village with a new sporting facility. It is well worth a visit, even if it’s to watch other people being sporty!  A visit could also include a trip into neighbouring Gran Tarajal.